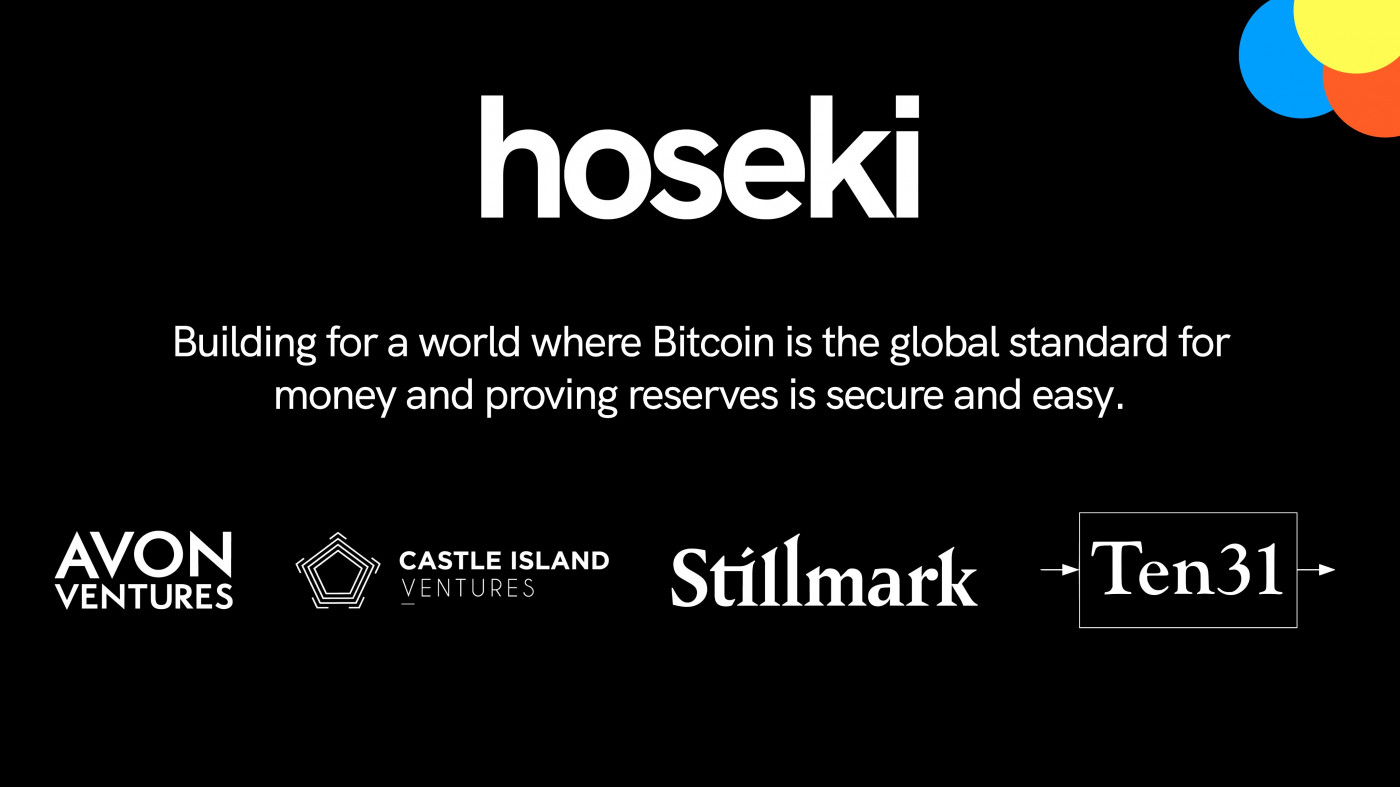 Hoseki, the world's first proof-of-assets service for bitcoin investors, announced today the close of its seed investment led by Stillmark. Additional investors in the round include Ten31, Castle Island Ventures, and Avon Ventures, a venture fund affiliated with FMR LLC, the parent company of Fidelity Investments. Hoseki previously raised an undisclosed amount of pre-seed funding from Castle Island Ventures.

"Hoseki provides a service that will enable unprecedented utility for funds, companies, and retail investors within the bitcoin economy by providing easy proof of ownership experiences to anyone that holds bitcoin. We are excited for this next step in accomplishing our company's mission," said Sam Abbassi, founder and CEO of Hoseki. "The support of such prominent bitcoin investors is a testament to the importance of the product our team is building."

Hoseki intends to rapidly accelerate the development of its technology and product infrastructure in response to market demand for digital asset attestation services. Hoseki will also maintain an aggressive company-wide hiring strategy, specifically for engineering and design roles.

Consumer interest in bitcoin-backed loans – particularly mortgage loans – remains strong in 2022, and Hoseki plans to capture this momentum by targeting prospective home buyers when the Hoseki application launches later this year. Founded in 2021, Hoseki has worked in stealth to build the Bitcoin industry's first digital asset attestation service. Already, Hoseki has secured more than 50 partnerships with traditional lenders and mortgage brokers that will accept proof-of-assets documentation from Hoseki. Industry-leading bitcoin security and financial services firms including Ledn and Casa have also entered partnerships with Hoseki.

"Hoseki is unlocking an entirely new way for bitcoin investors to participate in the bitcoin economy where ownership does not exclude utility," said Alyse Killeen, founder and managing partner at Stillmark. "The Hoseki team understands that bitcoin is the world's most pristine form of collateral, and we are thrilled to support their vision of providing digital asset ownership documentation to millions of bitcoin holders around the globe."

"Lenders and brokers are just beginning to understand the value of bitcoin-backed loans and they are increasingly eager to explore the larger role this asset will play in global financial markets," said Nic Carter, founding partner at Castle Island Ventures. "We are proud to have supported Hoseki from the start, and we believe they are extremely well positioned to capture and cement a leadership position in this pivotal facet of the bitcoin economy."

Hoseki plans to launch a private alpha version of its product to a small group of users later this summer with a public beta phase scheduled for early Q3 2022. Bitcoin investors who want to join the Hoseki bitcoin proof of assets alpha testing period can visit hoseki.app to register for early access.